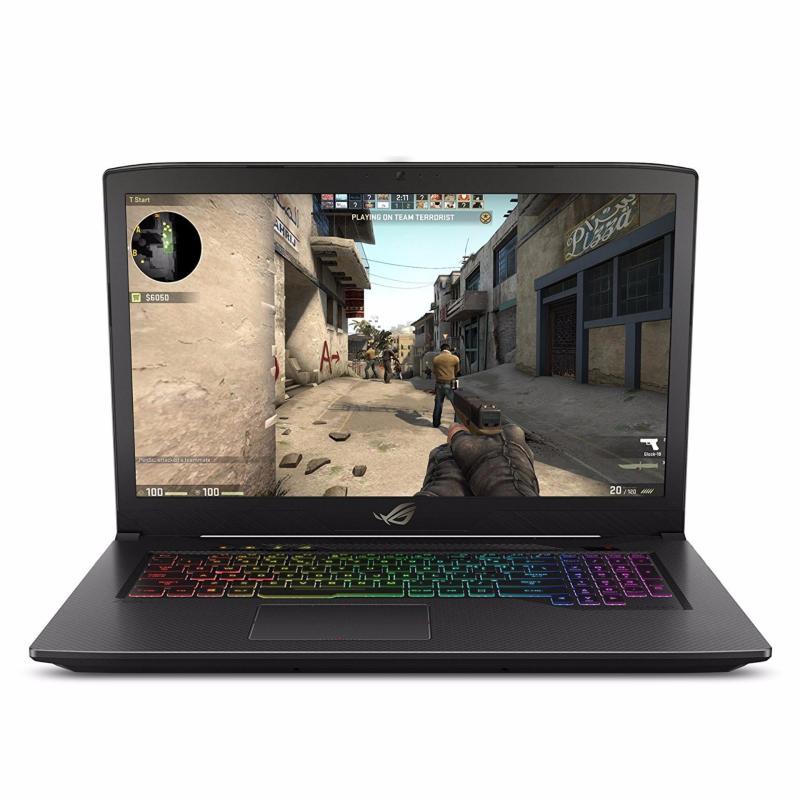 ROG Strix SCAR Edition is built exclusively for the sharpest shooters in the meanest gunfights — optimized to gain a competitive edge in FPS titles such as Counter-Strike®, Overwatch® and Team Fortress® 2. You’ll enjoy the power of the latest Intel® Core™ i7 processors, NVIDIA® GeForce® GTX 10-Series graphics and Windows 10 Pro with a superfast 144Hz IPS-level display. With a desktop-style keyboard layout, N-keyrollover and fast-actuating keys, Strix SCAR Edition keeps you centered on the maps — so you’ll rank high, and kill with absolute precision!

Your every twitch, target and takedown are deeply infused into Strix SCAR Edition, a war machine meticulously designed to support and enhance your shooting skills for even more kills. Taking both its name and design inspiration from the combat assault rifle packed by special forces and used in warfare, Strix SCAR Edition is crafted in gunmetal gray and finished with the cold, dark feel of bullet-proof Kevlar — an outward projection of your inner calm, focus and precision. Bulk would compromise your enviable agility and performance, so all this lethal firepower is packed into compact body that’s as thin as 2.3cm and as light as 2.5kg!

Unleash your gaming dominance with the revolutionary new GPUs that turn your mobile rig into a sleek, powerful gaming weapon. GeForce GTX 10-Series GPUs have come to laptops, powered by the game-changing NVIDIA Pascal™ architecture. This means you can experience unbeatable energy-efficiency, innovative new gaming technologies, and breakthrough VR immersion wherever you game.

GeForce GTX 10-Series GPUs give you up to 3x the performance of previous-generation GPUs. They’re built with ultra-fast FinFET, the latest high-bandwidth memory technologies, and support for DirectX 12 features to deliver the fastest, smoothest gaming notebook experiences.

These innovative GPUs were created to meet the demands of next-generation displays, including VR, ultra-high-resolution, and multiple monitors. NVIDIA GameWorks™ technologies give you extremely smooth, cinematic gameplay, plus revolutionary NVIDIA Ansel™that lets you capture 360-degree in-game images and view them in VR.

The difference between defeat and victory is measured in fractions of a second. Strix SCAR Edition upgrades your vision, with an IPS-level display with a 144Hz refresh rate to deliver smooth, accurate visuals, as well as eliminate lag and motion blur. The 300cd/m² panel ensures 20%-brighter visuals than low-end IPS panels from competitors. Strix SCAR Edition can also be specified with a 120Hz display with 5ms response time. Give your aim an upgrade, and sharpen your sights for the crucial moment of the shot!

NVIDIA G-SYNC™ technology synchronizes the display’s refresh rate with the GPU’s frame rate to make gameplay silky smooth. G-SYNC minimizes perceived stuttering, reduces input lag, and eliminates visual tearing all without affecting system performance. You get the smoothest and fastest experience even in the fiercest gunfights.

NVIDIA GeForce GTX 1060 and 1070 Series VR-ready graphics put you in the midst of the action. Shooting games are hugely popular in the VR world so level up your marksmanship in a smooth, low-latency, and stutter-free setting.

* GeForce® GTX 1060 or better is required for smooth VR experiences.

ABSOLUTE PRECISION WITH EVERY KEYSTROKE

Strix SCAR Edition puts decisive control at your fingertips, with a brand-new keyboard layout inspired by desktop designs, featuring four hotkeys and four customizable RGB-backlit zones. An ergonomic 0.25mm-deep keycap curve is comfortable to the touch; and ROG-exclusive Overstroke technology enables earlier actuation and a longer over-stroke distance — for fast, accurate and effortless keystrokes that increase your actions per minute. Specially highlighted WASD keys and N-key rollover further boost your precision, and with the action guaranteed for 20-million key presses your kill count will just keep on rising!

Strix SCAR Edition delivers clearer, louder, and more accurate audio so every action sounds real, all powerfully delivered through two expansive side-firing speakers. With this immersive stereo audio, even the quietest sounds can be heard, so you’ll pick up on every hidden movement. Smart-amplifier technology monitors the audio output and makes real-time adjustments, so you can pump up the volume without worrying about damaging the cones — and that makes output up to 200% louder than before, with increased dynamic range and bass. ROG’s Sonic Studio even offers in-game noise cancellation and voice-volume stabilization, boosting everything you can hear to enhance your performance. Every little advantage aids your march to victory — and Strix SCAR Edition ensures you hear every precise audio cue!

Summon ROG Gaming Center with a single press of a hotkey to see a comprehensive dashboard with loads of useful information, including both CPU and GPU frequencies, voltages and temperatures — and use the control panel to make adjustments in real time. ROG GameFirst, Aura Core, as well as XSplit, can also be accessed through the Gaming Center. Gaming Center is even available via the ROG Android app, so you can keep all the controls close to hand.

* Software may vary by product model.

Keep ROG Gaming Center to hand with the Android app on your smartphone or tablet — free from Google Play™!

ROG GameFirst IV technology prioritizes network packets for increased bandwidth for online gaming and streaming. The new multi-gate teaming function allows you to increase your total bandwidth by combining up to four gateways — maximizing throughput for your game!

ROG GameVisual software provides seven preset modes for different game genres, plus loads of exciting multimedia and customization settings. ROG software engineers have fine-tuned each setting to deliver visual excellence that perfectly complements the game genre. First Person Shooter (FPS) mode, for example, enhances visibility in dark environments — so you’ll see details denied to your enemies, for a clearer shot with every pull of the trigger!

With Aura Core, you’re free to customize your keyboard’s RGB lighting to suit your gaming style, with an easy-to-use control panel offering easy command over a spectrum of brilliant colors.

Keep ROG Gaming Center to hand with the Android app on your smartphone or tablet — free from Google Play™!

ROG GameFirst IV technology prioritizes network packets for increased bandwidth for online gaming and streaming. The new multi-gate teaming function allows you to increase your total bandwidth by combining up to four gateways — maximizing throughput for your game!

Strix SCAR Edition has an intelligent thermal design that employs heat pipes and dual fans to automatically adjust cooling system for optimized CPU and GPU performance. The specially-crafted venting holes above the keyboard and in the bottom of the laptop allow more intake of cool air. The upgraded 12V fans, which spin at higher speeds compared to traditional 5V blades, drive strong airflow to boost cooling efficiency, so you’re free to run the CPU and GPU at full speed without thermal throttling. An additional fan-boost function further increases cooling performance and guarantees total stability during even the most intense battles — so you’ll keep a cool head even under fire!

Strix SCAR Edition comes with Intel® Thunderbolt™ 3, up to four USB 3.1 Gen 1 Type-A, HDMI 2.0 and Mini DisplayPort 1.2 ports, so connecting the latest, greatest gaming peripherals is a cinch. Onboard Intel® Thunderbolt™ 3 technology enables a total of up to 40Gbps bandwidth for data and display-signal streams, combined; while the USB Type-C™ (USB-C™) connector makes it the most advanced and versatile port available — providing single-cable docking and connections to displays. With Thunderbolt 3, Strix SCAR Edition opens up a world of possibilities, all via a single port.

Strix SCAR Edition features the latest 802.11ac 2x2 Wi-Fi standard, with two antennas each for both transmission and reception, for speeds that are up to 6x faster than 802.11b/g/n — up to 867Mbps! A more reliable and robust wireless connection ensures better gaming experiences. Strix SCAR Edition even has low-energy Bluetooth® 4.1, enabling you to game longer and more reliably with your Bluetooth peripherals! 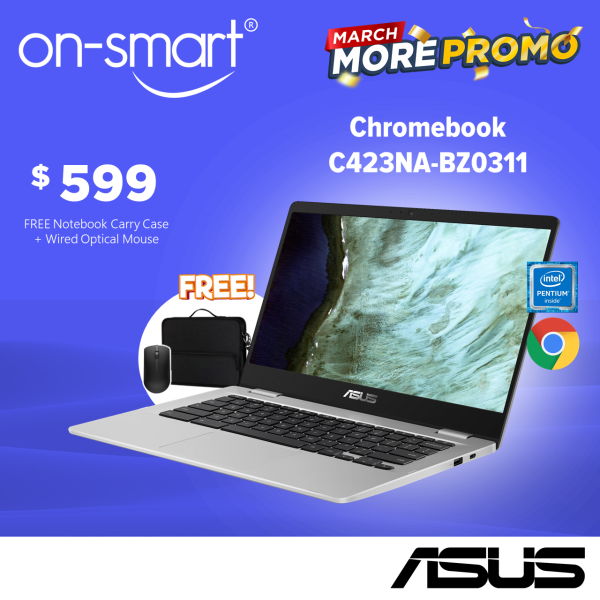 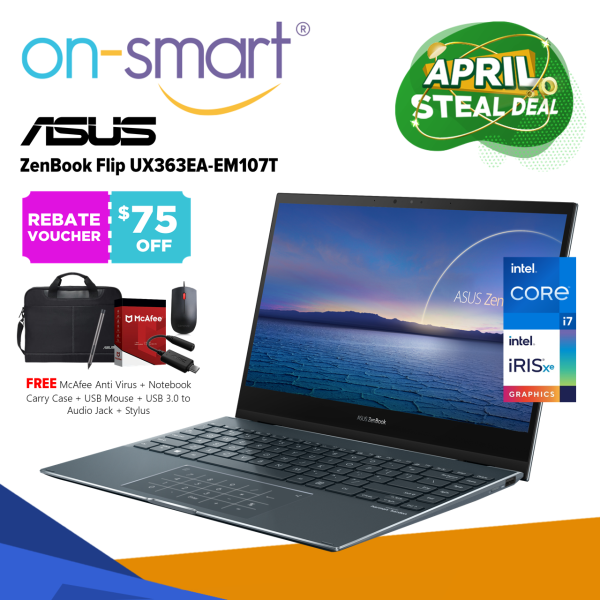 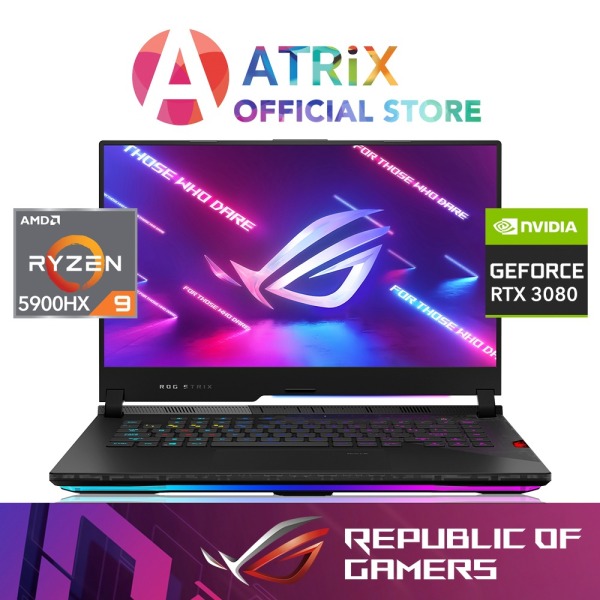 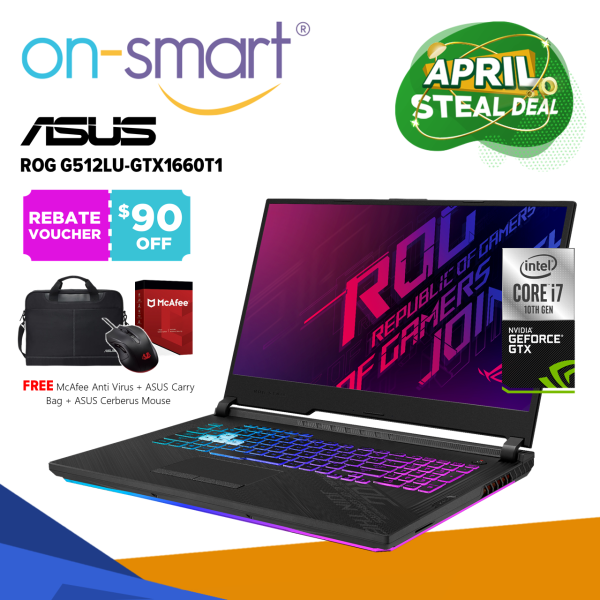 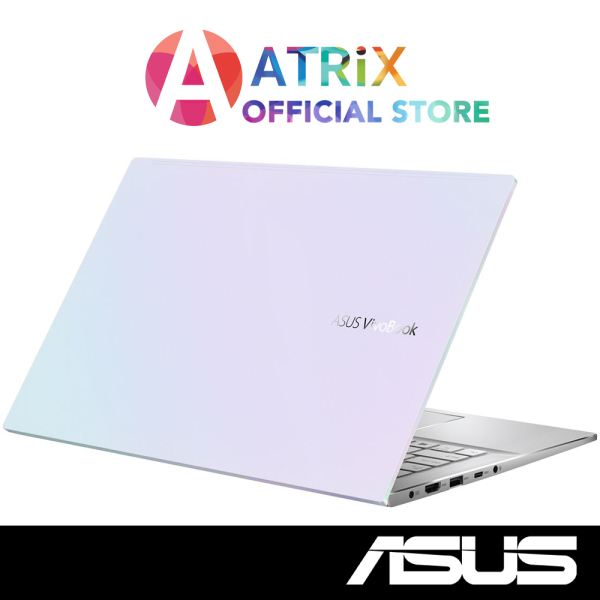 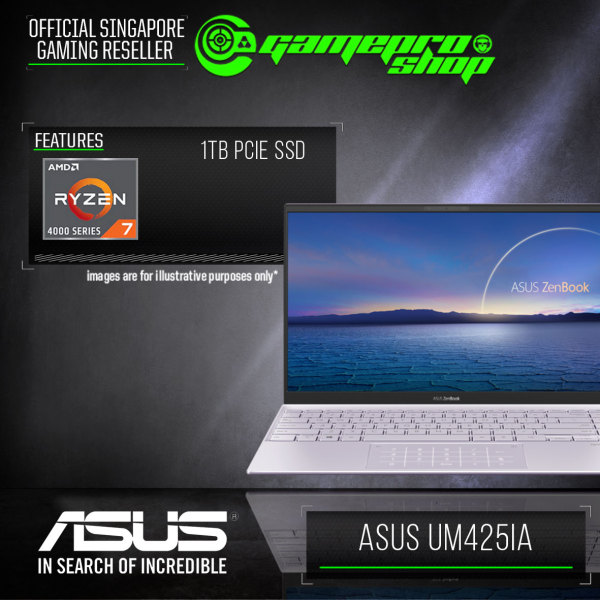 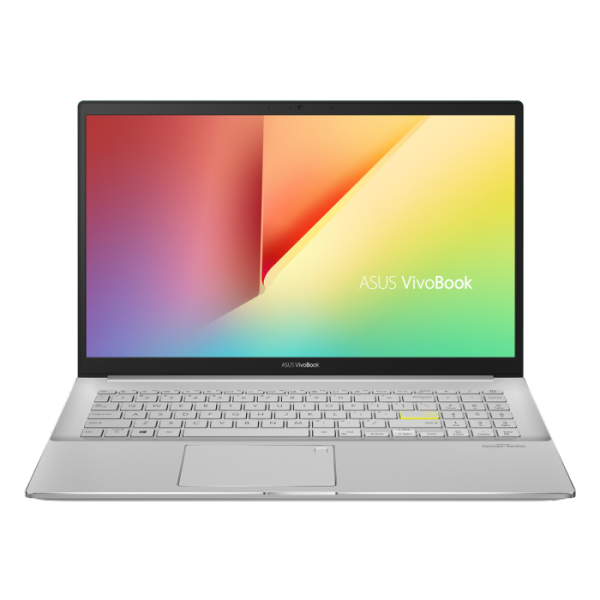 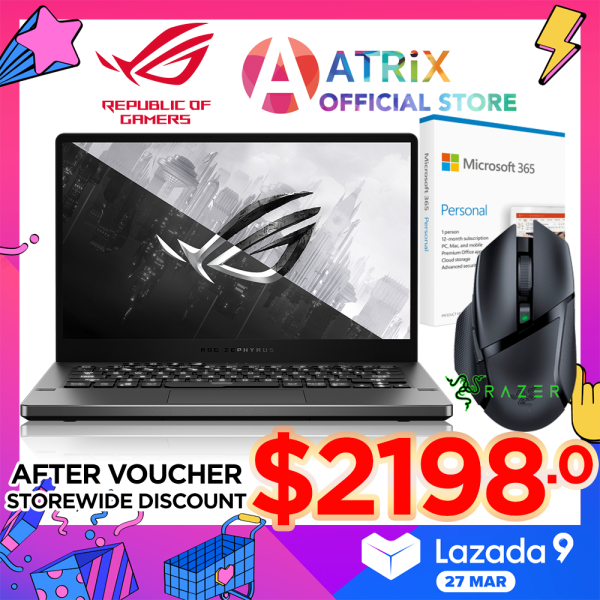 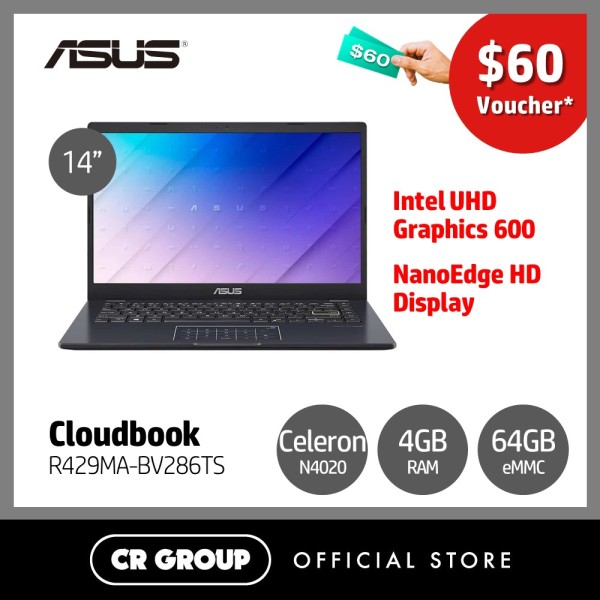 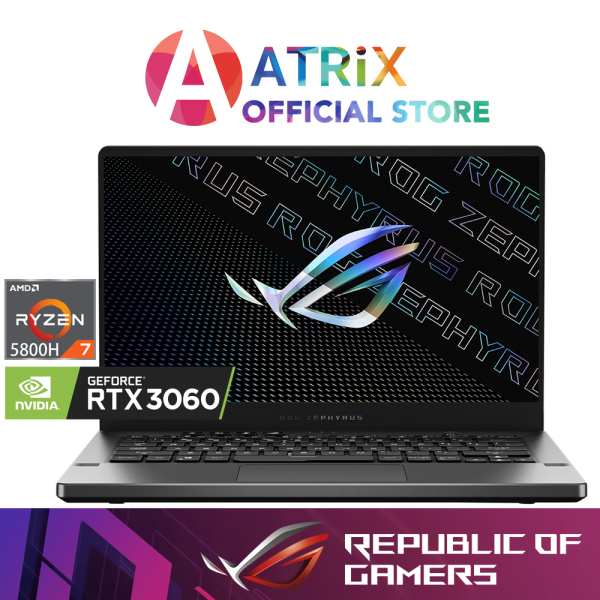